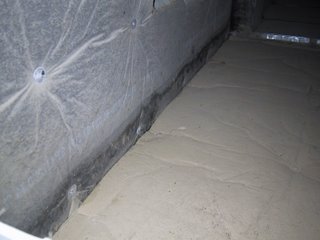 A new study featured in the October issue of the American Society of Heating Refrigeration and Air-Conditioning Engineer's (ASHRAE) Journal indicates that student performance improves, when the air quality in the classroom improves. This research indicates that by lowering the temperature in the classroom and increasing the amount of ventilation supplied to the classroom, will reduce how many errors are made and increase how quickly the student works by 10 to 20 percent (%). These results, which confirms earlier research done by ASHRAE, once finalized will be incorporated into ASHRAE's technical guidance, that is used by engineers to design heating, ventilation, and air-conditioning (HVAC) systems in all buildings. The study also provides several suggestions for school officials to improve learning conditions:

Imagine your son/daughter able to improve themselves by 10-20%. Making 10-20% less errors may be the difference between an A- or B+ for a grade. Being 10-20% quicker may mean the difference between finishing the exam and not finishing the exam. This difference achieved by making sure the classroom is cool and well ventilated. Making sure the student is confortable in the classroom. It is amazing how comfort can have such a significant impact on errors, speed, and for office workers productivity. This research indicates that putting indoor air quality programs in place will provide significant benefits based on their costs. So give us a call to help you implement your own program.

Asbestos Project Monitor Sentenced to 7 Months in Prison and Fined $1,000 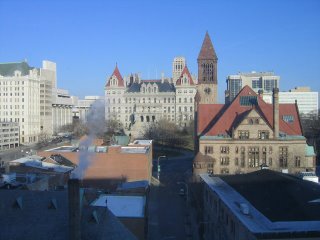 On September 15, 2006 Mr. John Toner, former Health and Safety Officer for Comprehensive Employee Management (CEM), was sentenced to seven (7) months in prison and fined $1,000 for a misdeameanor violation of the Clean Air Act, 42 U.S.C. Section 7413 (c) (4), the negligent release of asbestos into the ambient air. Mr. Toner admitted he aided and abetted the negligent and unlawful release of asbestos into the ambient air, and in doing so did negligently place other persons in imminent danger of death or serious bodily injury. Mr. Toner in his capacity as a third party health and safety officer employed by CEM, Inc. did fail to stop those practices. To give you some background, these charges stem from the illegal removal of 25,000 linear feet of asbestos during a three day period in May 1999 at a former Westinghouse facility located at 4454 Genesee Street, Cheektowaga, New York. This is the case we've talked about in previous air sample technician and project monitor refresher classes regarding the potential for criminal charges (criminal liability) for ignoring unlawful removal of asbestos containing materials by a contractor. In addition, based on our discussions and the limited amount of aggressive air sampling that was being done by air sampling technicians or project monitors the arguement could be made that project monitors/air monitoring technicians were actually aiding and abetting the unlawful removals. This case emphasizes that Air Sample Technicians and Project Monitors, as individuals, can be held criminally liable for not ensuring that the contractor complies with the asbestos regulations. Many individuals in the industry always assumed that we could be assessed civil penalties but individual criminal charges were not typically on our list of worries. That has now changed, a project monitor that ignores the regulations and their duty under the regulations can be held criminally liable, which means jail time based on their level of negligence. Remember these were only federal charges under the Clean Air Act. This doesn't include any violations under the old New York State Regulations. In addition, realize the new New York State Regulation includes alot of requirements for the project monitor, including performing visual inspections according to the ASTM standard and signing off that the cope of work on a project was completed. These requirements puts project monitors in the middle of making sure the regulations are complied with and hence if they do not meet these requirements sets them up for violations. So there is more reason to make sure you comply. Good Night and Good Luck!
Posted by Angelo Garcia III at 19:59 0 comments