CDC Reports on Insufficient Rest or Sleep Among Adults 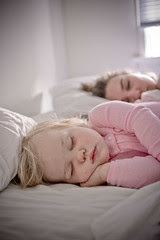 The information below was recently published by the Centers for Disease Control (CDC):

"An estimated 50-70 million Americans suffer from chronic sleep and wakefulness disorders. Sleep disorders and sleep loss have been associated with mental distress, depression, anxiety, obesity, hypertension, diabetes, high cholesterol and certain risk behaviors including cigarette smoking, physical inactivity and heavy drinking. A new report from the CDC found that data collected from adults in all 50 United States, DC, and 3 U.S. territories found that 1 in 3 adults (30.7 percent) in 2008, reported no days of not getting enough rest or sleep in the past 30-days. However, 1 in 10 adults (11.1 percent) reported not getting enough rest or sleep everyday during the past month. Females (12.4 percent) were more likely than males (9.9 percent) and non-Hispanic blacks (13.3 percent) were more likely than other racial/ethnic groups to report not getting enough rest or sleep. State estimates of 30 days of insufficient rest or sleep ranged from 7.4 percent in North Dakota to 19.3 percent in West Virginia."

Safety work has more than enough pressure and stress, to make it harder without adding sexual harassment to the mix. Now we may never know what really happened.
Posted by Angelo Garcia III at 00:15 0 comments

The Autumn issue of Future Focus is now posted on our website. In Part 1 we cover the revisions in the permitting process for the NYC Department of Buildings, NYC Department of Environmental Protection, and NYC Fire Department. Most of these changes and revisions attributable to the Deutsche Bank Fire. Click on the title of this post and it will take you to Future Environment Designs newsletter page.
Posted by Angelo Garcia III at 14:30 0 comments