Excellant Article by Will Spates on Being an Expert Witness

I recently read Mr. Will Spate's article in Indoor Environment Connection's November issue (yes, I know, it takes me a month to catch up on my reading) on "Do You Qualify To Be An Expert Witness".  Mr. Spates is the President of Indoor Environmental Technologies, Clearwater, Florida and the article provided several pieces of information that I did not know.  Such as the difference between an expert witness and a percipient witness and the need for your reports to comply with Federal Rule of Civil Procedure 26.  I strongly recommend that if you are an environmental consultant that you read this article, because it applies even if you are not an expert witness.  You never know when you may end up in court to defend your reports and advice you gave. 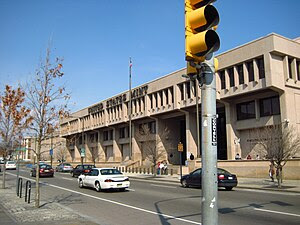 On December 4, 2009, we attended the Northeast Regional Industrial Hygiene Conference and Exposition of the American Industrial Hygiene Association (AIHA) sponsored the Philadelphia Section of the AIHA. The title of the conference was "The Business of EHS – A New Team Dynamic" for the list of speakers and their biographies visit http://www.philaaiha.com/Newsletters/2009NEIHCBrochure.pdf. The program was professional and interesting, though the focus of the presenters was on manufacturing and industrial applications. This left very little for someone focused in construction safety or indoor environmental issues. The presentations on the environmental health and safety (EHS) perspectives on the impact of the global supply chain, and business metrics (building EHS value and cost-benefit analysis for EHS) were advanced level presentations. Our favorite presentation was the first one on “Staying Safe While Making Money” by Ms. Maureen Modica, CIH, CSP of the United States Mint.
Mr. Aaron Trippler’s “Washington Buzz” presentation during lunch reinforced what we heard from the Occupational Safety and Health Administration (OSHA) representative at the PDC (see our Wednesday, November 25, 2009 blog). OSHA’s current budget is up 10% leading to hiring of 200 new inspectors for enforcement. Other interesting news was NIOSH’s focus on nanotech, risk management, and aerosol transmissible diseases indicates new research information will be available on these issues in the future.
The vendor exposition hall was very good and we thank 3M for providing us with two pair of safety glasses for our safety classes(one called Lightvision 2-LED Plano Eyewear (debating using this for work around the house) and the other called Nitrous CCS with hearing protection providing a noise reduction rating of 25 decibels, both excellent ideas). We also thank Nilfisk-Advance America Inc. for providing us with a new vacuum cleaner catalog for our asbestos classes.
Though the regional this year was interesting, the lack of a balanced program left individuals with our background in construction safety and indoor air quality with very little to bring back home. Some of you would ask why attend a meeting that had so little to offer, the topics were publicized ahead of time. Well first, Mr. Trippler’s presentation always gives us an idea on the pulse of what is happening in Washington, DC on the environmental safety and health front. Second the vendor exposition hall is always interesting to see what services and products the various companies in the area are offering. Saving the best for last, the most important reason is to network and meet with old friends and acquaintances and meet new people who are in different areas/regions of the industrial hygiene field. It is a lot of fun catching up with people you may only see at this event. It was a pleasure seeing and discussing different issues with Mr. Jack Springsteen, Dr. Jack Caravanos, Ms. Amy Gordon, Mrs. Debra Gul Haffner, and many others. The special treat this year was talking with Mr. Dave Robbins, who was in town from Alaska. Though the regional, this year, did not provide much information for the construction and indoor environment people, the networking opportunities are probably the best reasons to attend the Regional each year.

Hudson River PCB Dredging – the Good, the Bad, & the Ugly 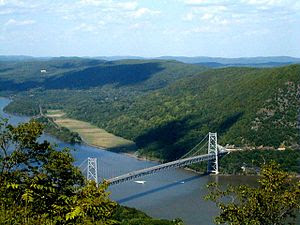 On May 15, 2009, the Environmental Protection Agency (EPA) announced the start of dredging operations on the upper Hudson River. The goal of this project is to remove approximately 113,000 kilograms of polychlorinated biphenyls (PCBs) from the river by 2015. General Electric Company’s (GE) Fort Edward and Hudson Falls plants legally released the PCBs into the river from 1944-1997. GE is conducting the dredging and related work under the terms of a November 2006 consent decree, after EPA ordered GE to dredge the tainted sediment from the river and dispose of it. The Hudson River covering a 200 mile stretch is the largest superfund site in the United States.
The Good – the ultimate goal of this dredging operation is to restore the health of the river, to enhance regional tourism and commercial opportunities, and improve commercial and recreational fishing in the Hudson River between Fort Edward and Albany currently prevented by the PCB contamination. The Hudson River dredging plan is based on a previous successful PCB dredging project along Lake Champlain in Plattsburgh, NY. The plan includes daily water sampling downstream from the dredging operations, these sampling results must average below 500 parts per trillion of PCBs, which is the same as the drinking water standard, for dredging operations to continue. On August 5, 2009 dredging operations stopped because sampling results exceeded the standard. A review of the operations called for enhanced engineering controls. The enhanced engineering controls allowed dredging operations to resume on August 11, 2009. There have been no reported problems since.
The Bad – transporting the PCB sediment to its eventual resting place in Texas will take a 2,000 mile trip through a number of states. The PCB-sediment will be dewatered in Fort Edward packed onto a 81-car train and tightly wrapped in heavy-duty plastic. EPA deemed rail travel as the safest method of transporting the soil. The national rail traffic will determine the ultimate route of the train and it will take about five days to get to Texas. The Lone Star Chapter of the Sierra Club notes in their release dated February 11, 2009, “that an environmental impact statement has not been prepared for the proposed rail shipment. The shipment poses a potential for serious accident hazards in or near dozens of urban areas and states through which trains would pass. One major rail accident could lead to a catastrophic contamination event if drums were breached and highly concentrated PCBs were released.” According to The Saratogian article “Hudson River PCBs en route to West Texas”; the Federal Railroad Administration’s safety data, 726 accidents involving trains carrying hazardous materials occurred in 2008, more than half of those in the rail yard. Everything from a slight bump in a rail yard to a major derailment qualifies as an “accident” in that report. Examples of the type of derailments covered by the report include, the 2 that occurred within 24-hours of each other on September 26 & 27, 2009 in Montana and Wyoming. These derailments involved minimal spillage and the cars remained erect. While other derailments like the one that occurred on January 22, 2002 that caused a toxic cloud of anhydrous ammonia near the town of Minot in North Dakota, still have an effect on the people who live there, even years later. That derailment required the digging up of 97,000 tons of contaminated soil and 25,000 square feet of river ice and more than 1,000 people affected according to USA Today. An Environmental Impact Statement would at least look at the possible consequences of a derailment and try to anticipate a derailment that would be catastrophic.
The Ugly – the final resting place for the estimated 2.65 million cubic feet of PCB-contaminated sediment is Waste Control Specialists (WCS) in Andrews, Texas. Rural Andrews County, Texas is a desolate desert county just over the New Mexico border and consists of 1500 square miles and a population of about 14,000 people. Andrews, the only incorporated city in the county, has a history more than a decade long of hazardous waste disposal. A study commissioned by the town and performed by the professors at Texas Tech University determined that hazardous waste disposal was a suitable industry for the city and county, because the red-bed clay found there is a natural impermeable liner and the area where WCS located their site does not overlap the Ogallala Aquifer. WCS as an EPA permitted toxic waste facility accepted the first load of PCB sediment on June 28, 2009. Prompting a backlash, from the people in the area, regarding the feasibility of dumping the PCB-contaminated sediment at the WCS facility. The Lone Star Chapter of the Sierra Club wrote a letter to the EPA Administrator Lisa Jackson urging a halt to the shipping of the PCB wastes to Texas. Is it a case of “not in my backyard” (NIMBYism)? Maybe not, there seems to be a disagreement on whether the WCS facility is over or close enough to the Ogallala Aquifer (a sensitive underground water resource). The claims range from 14 feet to 500 feet to the nearest water table. The Ogallala Aquifer stretches from South Dakota to Texas and is the largest aquifer in North America. It seems that the concerns of the Lone Star Chapter of the Sierra Club may be justified. It seems that EPA should have checked to make sure how close this waste facility actually was to the Aquifer.
Like all hazardous material/waste situations, cleaning up the problem brings up many questions some good, some bad, and some downright ugly. However, if we ask the questions and we look at the problems carefully and thoroughly, we can eventually solve these problems to the satisfaction of all concerned and involved.