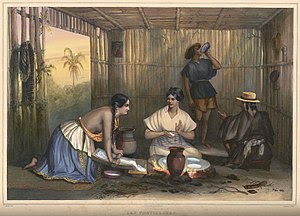 Image via WikipediaThe Occupational Safety and Health Administration (OSHA) has cited Tortilleria Chinantla factory in Brooklyn (a tortilla company) for violations carrying fines totaling over $62,000 after an investigation into the death of a worker, Juan Baten, a 22-year-old Guatemalan immigrant who was married and had a 7-month-old daughter, who fell into an industrial mixing machine at its factory.  The death occurred Jan. 24.  The most serious violation involved the failure of Tortilleria Chinantla to install a guard barrier on the mixer to prevent employees from coming into contact with its fast-moving machinery.  The infraction was classified as “willful,” the most severe category of violation issued by OSHA, and carries a penalty of $42,000.  The company was also cited for seven other violations, six of which are labeled “serious.” Among those was the lack of a program to prevent the unintended start-up of machinery.
OSHA also said that after the death of Mr. Baten, investigators inspected the factories of two other Brooklyn tortilla makers and issued a total of 26 violations to those companies.  One, Buena Vista Tortillas Corporation, was cited with having 14 violations, 13 of them deemed “serious,” carrying $39,000 in fines.  The other, La Tortilleria Mexicana Los Tres Hermanos Corporation, was cited with having 12 serious violations carrying a total of $33,600 in fines.