Possible Outbreak Of Legionellosis At The Playboy Mansion? 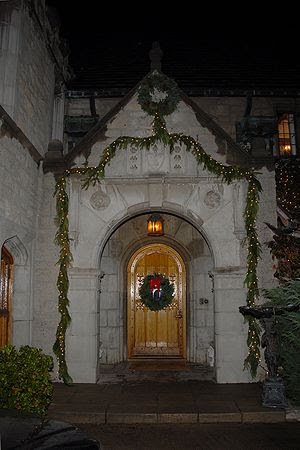 Image via WikipediaThe Los Angeles Times reported on Monday, February 14 that the Los Angeles County health officials said that 170 people have fallen ill with a possible outbreak of legionellosis or Pontiac fever after attending or working at a fundraiser at the Playboy Mansion and potentially other areas, but they do not believe the outbreak has spread beyond those associated with the event.  The event held on Feb. 3 DOMAINfest Global Conference in Santa Monica, affected people "with symptoms mostly consisting of fever, chills, general discomfort (malaise) and some cough," according to a statement by the LA County Department of Public Health.
According to the LA Times, the LA County Department of Public Health was notified last Friday of a "suspected respiratory infection outbreak" among those associated with the conference, and officials were still identifying and contacting possible victims Monday, according to the statement.  In addition, to the Playboy Mansion in Holmby Hills several other locations (including the Fairmont Miramar Hotel in Santa Monica where the conference was held) associated with this conference are being investigated.  "At this time, Public Health has not determined that the source of exposure is limited to a specific location. The department is working to conclusively identify the source of exposure and the likely cause of illness for this suspected outbreak."  Staff members from the Centers for Disease Control (CDC) based at the department were assisting with the investigation.
According to the LA Times, it was not clear how soon investigators could determine whether the illness is legionellosis, a milder form of Legionnaires' disease caused by a bacterium that grows in warm water and can take root in hot tubs or parts of air-conditioning systems, according to the CDC.