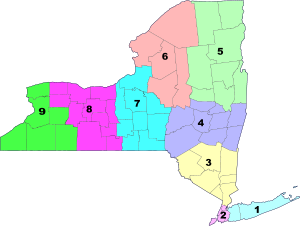 Image via WikipediaMarch 8, 2011 the Environmental Protection Agency (EPA) announced that they are proposing consolidating areas in Hicksville, New Cassel, Westbury, Hempstead and Salisbury in Nassau County, N.Y. into one site and adding it to the Superfund National Priorities List of the country’s most hazardous waste sites.  Ground water throughout the site is contaminated with harmful volatile organic compounds (VOCs). The Magothy aquifer, Nassau County’s primary source of drinking water, has likely been impacted by the contamination.  Residents of the affected towns are currently receiving drinking water that is being treated to remove the VOCs.  EPA has conducted an initial investigation of the site, and the Superfund designation will allow EPA to further investigate the extent of the contamination and its sources and remediate it.  EPA will solicit input from the public before reaching a final decision on whether to add the area to the Superfund list.

With the proposal of this site to the Superfund List, a 60-day comment period will begin during which EPA solicits public input regarding this action.  For instructions on how to submit comments, go to http://www.epa.gov/superfund/sites/npl/pubcom.htm or contact Dennis Munhall at (212) 637-4343 or munhall.dennis@epa.gov.

VOCs are often used as ingredients in paint, solvents, aerosol sprays, cleaners, disinfectants, automotive products and dry cleaning fluids.  Repeated and direct exposure to VOCs can cause serious health effects including damage to the liver, kidneys and central nervous system.
“By placing the site on the federal Superfund list, EPA can do the extensive sampling needed to determine the best ways to address the widespread ground water contamination in this area of Long Island,” said EPA Regional Administrator Judith Enck.  “Residents of Long Island rely on ground water as their source of drinking water.  It is imperative that Long Island’s drinking water is protected from toxic contamination. Placing these areas on the federal Superfund list is an essential step to cleaning up this water contamination. EPA needs to take a more comprehensive look at the contamination and any potential health and environmental threats it poses.”
New York State had been examining a number of areas contained in the newly proposed site individually, and determined that the contamination would be better addressed as one large site.  Ground water testing by EPA in 2010 confirmed the presence of elevated levels of VOCs in 11 public water supply wells, six in Hicksville, four in Hempstead and one on Westbury.  The impacted towns have installed treatment systems to remove VOCs from the contaminated ground water before it goes into the water distribution systems, and to monitor water quality and the treatment systems regularly.
A variety of past industrial and commercial activities in the area may have caused the ground water contamination, although investigations by the New York State Department of Environmental Protection (NYSDEC) have yet to identify the specific sources contaminating the wells.  NYSDEC has investigated 17 facilities in the New Cassel industrial area between Frost St. in New Cassel and Swalm Ave. in North Hempstead.  NYSDEC and some of the entities in the New Cassel industrial area potentially responsible for the contamination have already installed systems to remove contaminants from the ground water at and near some of the sites.  The New Cassel industrial area is just north of the four contaminated wells – the Bowling Green wells – in Hempstead.
With all Superfund sites, EPA does an extensive search to identify and locate the parties potentially responsible for the contamination and make them pay or perform the cleanup work.  The majority of Superfund cleanups are performed by or paid for ny polluters, not tax dollars.  Superfund money s used for EPA oversight costs and when no responsible party can be identified.