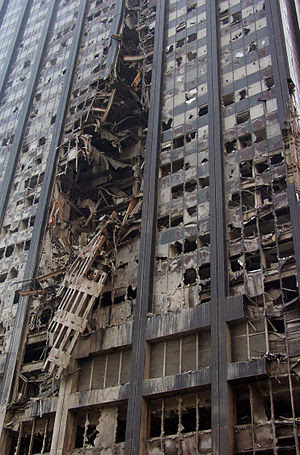 Image via WikipediaThe Engineering News Record (ENR) of New York wrote an excellant article on the beginning of jury selection for the manslaughter trial of site safety manager Jeffrey Melofchik, 49, who worked for Bovis; Mitchel Alvo, 58, the cleanup director for subcontractor John Galt Corp.; Salvatore DePaola, 56, a Galt foreman; and Galt itself on the fire that occurred in 2007 at the former Deutsche Bank Building.  The article does an excellant job of providing a history of all that has occurred since the fire occurred in 2007.  Including the Manhattan District Attorney's investigation, the National Institute of Occupational Safety and Health (NIOSH) investigation, and the New York City investigation.  Based on the article it would seem the Manhattan District Attorney will have an uphill battle getting a conviction on this trial.