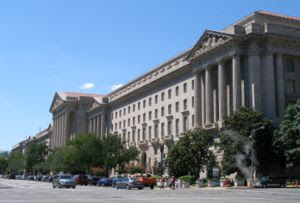 Image via WikipediaThe U.S. Environmental Protection Agency posted information illustrating its very successful past year in enforcing environmental law.  In the past federal fiscal year, which ran from October 1, 2009 through September 30, 2010, the Agency took actions that reduced pollution and ensured that environmental laws are being followed.  In the past fiscal year, EPA took enforcement and compliance actions in New York State that require polluters to pay nearly $2 million in penalties and take actions that will result in the reduction of more than 41 million pounds of pollution.

Detailed information about EPA’s enforcement of environmental laws can be viewed using an interactive Web-based tool that includes statistics and highlights on a state-by-state basis. The website also includes a map that provides the public with detailed information about the enforcement actions taken at more than 4,500 facilities throughout the U.S, Puerto Rico and the U.S. Virgin Island.